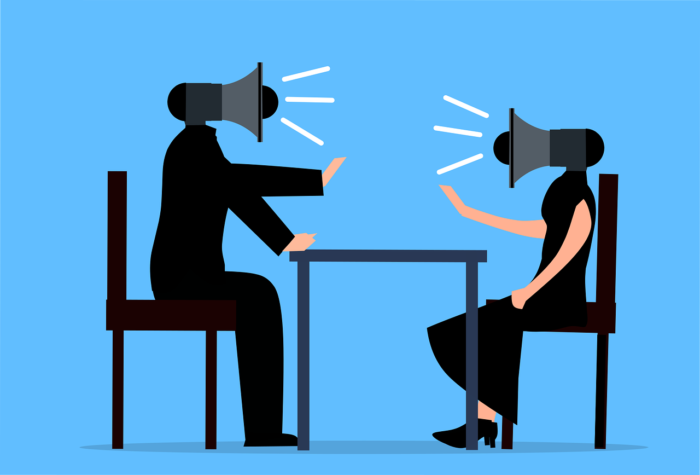 If a team member complains about a colleague (or there is a conflict within the team) I follow a four-step process:

My advice for the teammate is: “Schedule a one-on-one meeting with this person and discuss the issue. Just share how you feel and what disturbs you and ask if you can work out a solution together. Have this conversation in the following days and come back with an update no later than a week from now.”

Putting a deadline and asking the teammate to report back to me on the development of the case is important. When facing the necessity to have a hard conversation, some people will postpone it indefinitely which only makes the situation worse.

This approach helps the more insecure members of the team build the muscle to handle such issues themselves in an open and well-intentioned conversation. In a healthy team the majority of the cases are solved at this stage, resulting in better relationship between the two members.

If the two people do not reach a mutually agreeable solution, I organize a meeting and step in as a moderator.

Let’s say that Mark complained about Anna.  At the very beginning I would define the goal of the meeting: “To try to help THEM reach a solution”

My first goal is to make sure that they understand each others’ point of view (remember the The seven habits of highly effective people). I start with the following  4 questions:

My second set of questions aims to have the ground set for negotiations:

Only then, do we start actually discussing a solution. First, I ask them to come up with ideas. I may also suggest some myself. Very often we come up with a short-term solution of the issue and also make some long-term adjustments so that the issue does not occur again.

If we don’t reach a solution, I organize a third meeting shortly after. It’s important to have that conversation as a separate meeting.

I ask if someone has new ideas for a solution. If so, we discuss them. If not, I announce my decision what is to be done and explain the whys behind it.

Step 4: Dealing with the real issue

If we have reached Stage 3, it means that you have a deeper issue to solve. It may be an interpersonal issue between the two team members, it might be low level of trust within the team, a total lack of structure or something else. You need to define it and work to solve it in the long run.

About me: Apart from acting as a CEO of DEV.BG (the biggest IT community in Bulgaria) I help CEOs of small companies build their business. If you face a case I can help you with, drop me a message on LinkedIN.